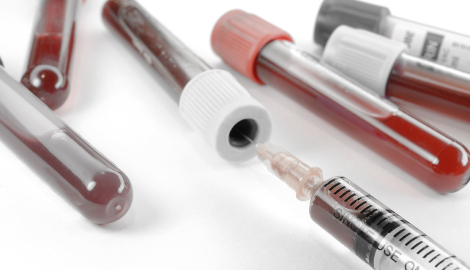 This course shows recordings of a satellite event held at the 2018 conference of the European Association of Hospital Pharmacists. The event was supported by means of an unrestricted educational grant from Sandoz. The satellite event was totally independent of industry involvement with the faculty and the topics selected by the EAHP scientific committee. The European Association of Hospital Pharmacists (EAHP) is accredited by the Accreditation Council for Pharmacy Education as a provider of continuing pharmacy education.

10062810en_GB<strong>This course has been archived.</strong><br /> Individual modules within this course may still be valid, but you if you complete this course now, you will not receive any extra CPD points or be able to claim a certificate for the course.<br /> If you have previously completed this course, you can claim your certificate using the button on this page.<br /> Click OK to start the first module in this course. Click Cancel to stay on this page.PLEASE NOTELoading....

This course contains several BMJ Learning modules. Completing these modules will allow you to claim a certificate for the course.

The essentials of biologicals: past, present, and future

After the completing this course, you should be able to:

The evolution of biologicals started in the 1980s. Since then, the rapidly evolving better understanding of biochemical and pathophysiological processes in the human body and progress in biologicals' development led to the arrival of more complex biologicals. In current medicine, biologicals are essential treatment options for a variety of diseases. The widespread use of these molecules, and the loss of patents enabled the advent of biosimilars of originator biologicals in 2006. This, on the one hand contributed the better access to therapies with biologicals but also led to an increased complexity when it comes to decision-making about the choice of medicines, interchangeability, switching, usage and monitoring of biologicals.

Hospital pharmacists have always accompanied and monitored these advancements of the therapeutic spectrum and contributed to the spread of knowledge about biologicals and debunking myths about biosimilars. Key topics in the field of biologicals are quality and safety-related aspects, clinical aspects and economics aspects. These three main topics will be addressed in the perspective of past developments, the present situation and future challenges.

As hospital pharmacists are responsible for selecting and assessing biologicals and biosimilars and monitoring their use, they need to have an in-depth understanding of key principles regarding quality, safety and efficacy.

Modules in this course

Harald Sitte is a group leader at the Centre for Physiology and Pharmacology and head of the Center for Addiction Research and Science, Medical University of Vienna. His research is focused on pharmacology of psychostimulants and new psychoactive substances, neurotransmission, Neurotransmitter transporters Protein expression, protein purification and reconsitution, postranslational modification and beyond.

Steven Simoens is one of the founders of the KU Leuven Fund on Market Analysis of Biologics and Biosimilars following Loss of Exclusivity (MABEL). He has conducted biosimilar research sponsored by Hospira (now Pfizer) and by Pfizer. He is involved in a stakeholder roundtable on biosimilars sponsored by Amgen, Pfizer and MSD, and has participated in an advisory board meeting on biosimilars for Pfizer.

Troein is a responsible for the relation with different type of Industry Associations, government and EU bodies, wholesalers and pharmacies at VP Strategic Partners. His research activity focuses on policy related issues for pharmaceutical including pricing, distribution and dispensing.